The US Department of Justice announced charges against five Chinese citizens on Wednesday in what prosecutors called a wide-ranging computer hacking conspiracy that targeted more than 100 companies globally.

The charges were the latest in an ongoing effort by US authorities to put pressure on the Chinese government to halt its alleged theft of intellectual property and crack down on cyber criminals operating in China.

Justice department officials criticised Beijing directly, claiming it was allowing cyber criminals to operate freely as long as they also helped state authorities. Tensions between the US and China have escalated under the Trump administration, with both Republicans and Democrats increasingly viewing the Chinese government as a threat.

“The Department of Justice has used every tool available to disrupt the illegal computer intrusions and cyber attacks by these Chinese citizens,” said Jeffrey Rosen, deputy attorney-general.

“Regrettably, the Chinese Communist party has chosen a different path of making China safe for cyber criminals so long as they attack computers outside China and steal intellectual property helpful to China,” he added.

US prosecutors have mounted an aggressive campaign in recent years against alleged computer hacking and espionage by the Chinese government and Chinese nationals. The charges announced on Wednesday add to a steady drumbeat of cases brought by the justice department under its “China initiative”. 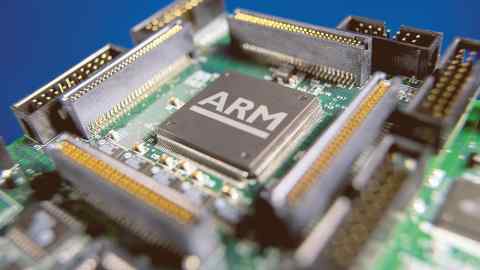 Five accused hackers based in China, whose activities are known by security researchers under the label “APT41”, were charged in August 2019 and August 2020, the justice department said on Wednesday. Two additional Malaysian businessmen were charged last month with conspiring with some of the China-based defendants.

The alleged hacking targeted a wide range of institutions, from video game companies to pro-democracy activists in Hong Kong and governments across the world. Three of the alleged hackers compromised government networks in India and Vietnam, and unsuccessfully attacked government systems in the UK, the justice department said.

The Malaysians were arrested by Malaysian authorities on Sunday evening, while the China-based individuals remain at large, the justice department said.

“Ideally, I would be thanking Chinese law enforcement authorities for their co-operation in this matter and the five Chinese hackers would now be in custody awaiting trial,” Mr Rosen said in prepared remarks.

The Chinese government has previously denied US claims that it steals foreign intellectual property or turns a blind eye to cyber criminals.

Telefónica teams up with Rakuten in search of 5G networks alternative

Multi-Use Filtration Face Masks – The Di Nano Mask Can be Reused Up to Five Times (TrendHunter.com)
44 mins ago