The UK will stop using the controversial retail prices index inflation measure in 2030, the government has announced, in a move that saves billions for the taxpayer but will cut payouts to some pensioners and bondholders.

Chancellor Rishi Sunak said on Wednesday that the index, which overestimates the annual pace of price rises by nearly 1 percentage point, would be adjusted to bring it in line with a different gauge preferred by the UK’s statistical authorities.

He also confirmed that holders of index-linked gilts, government bonds whose interest payments are adjusted in line with RPI, would not receive any compensation after their payouts are cut. The Office for Budget Responsibility, the fiscal watchdog, estimated this would save the Treasury £2bn a year.

The change means that from 2030 more than 10m individuals with traditional defined benefit, or final salary, pensions will see the annual uprating of their benefits switched to be in line with the lower consumer prices index including housing costs (CPIH).

The shift will also tame price rises for rail tickets, student loan repayments and mobile phone contracts that are based on the RPI rate.

Mr Sunak’s decision, which came alongside Wednesday’s government spending review, appears to end a lengthy debate over how to reform RPI, which lost its official status as long ago as 2013 and has been labelled a “very poor measure of general inflation” by the Office for National Statistics.

Despite its shortcomings, which stem from the way different components of the index are averaged, phasing it out has proved tricky, partly because it is embedded in the contracts governing the UK’s £400bn inflation-linked bond market.

In September last year, Mr Sunak’s predecessor, Sajid Javid, acquiesced to a demand from the UK Statistics Authority to change the way RPI is calculated, and launched a consultation over whether the changes should be implemented in 2025 or 2030. In an October letter to the UK’s top statistician, published on Wednesday, the chancellor said he had opted for the later date.

As expected, the chancellor rejected calls for some form of compensation from investors in index-linked gilts. These bondholders, who largely buy the debt on behalf of pension funds, lobbied to have the changes watered down, arguing that the higher measure of inflation was reflected in the price they paid for the bonds.

“This decision has been made despite substantial concerns being raised during the 2020 consultation, from a broad range of market participants,” he said. “Another chapter in the RPI saga has drawn to a close, but with 10 years until the decision is implemented, we struggle to believe that this is the final chapter, and we will continue to advocate for an equitable solution.”

Even so, some index-linked bond prices climbed slightly on the partial reprieve for investors, who were worried the change might have been pushed through in just five years’ time.

Members of the roughly 75 per cent of the UK’s 5,500 private sector defined benefit pension schemes that are still using RPI to uprate pensions will also lose out. 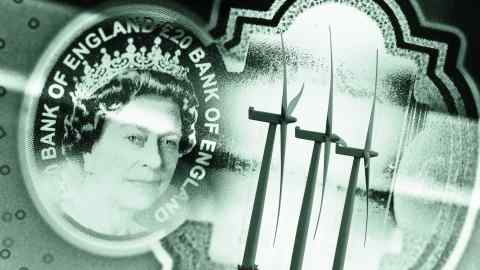 The Pensions and Lifetime Savings Association, which represents workplace pension schemes, estimated the reform to RPI would reduce the value of investments held by pension schemes by £60bn.

“We are disappointed the government has chosen to disregard the detrimental impact this move will have on both savers’ retirement incomes,” said Nigel Peaple, the association’s director of policy and research.

“The change will also raise the risk of insolvency for employers as they seek to address the shortfall in funding of their workplace pension schemes.”