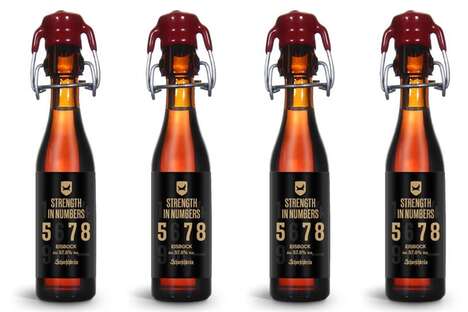 For years, BrewDog and Bavarian brewery Schorschbräu have been competing with one another to create the strongest beer and BrewDog is now introducing its newest product to claim the title of world’s strongest beer.

BrewDog started creating its strong beers with the Tactical Nuclear Penguin (32%), Sink the Bismarck (41%) and The End of History (55%) and now Strength in Numbers is its newest creation, coming in at 57.8% alcohol by volume. The beer is packaged in a 40-milliliter bottle, meaning that a pint contains about 32.7 units of alcohol.

This new beer was created to take the title of “world’s strongest beer” from Schorschbräu’s Schorschbock. With each new beer it created, BrewDog became more well-known in the UK and its longstanding rivalry played a part in helping it become the UK’s biggest craft beer company.