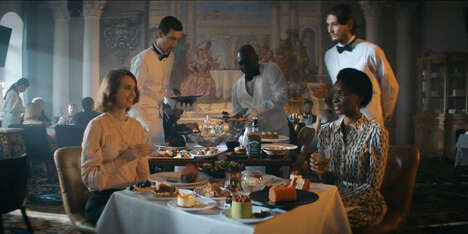 Jack Daniel’s Make it Count campaign arrives alongside a funny but relatable ad spot that aligns their brand with spontaneity and living in the moment.

In the ad, individuals are acting on their impulses, doing something they wouldn’t normally and finishing with the line “I alway wanted to do that.” Some throw their phone into the lake, while others order “one of everything” off the menu. Meanwhile at the bar, a man announces “next round is on me!” inspiring the patrons to lift their glass of Jack Daniel’s in the air while cheering. Jack Daniels global brand director Matt Belvis spoke to the campaign, stating that “Make It Count is a simple articulation of living boldly and making the most of every moment.”