I can remember wincing at it in an outlet of Borders. In the summer of 2001, Henry Kissinger authored a book with the insouciant title of Does America Need a Foreign Policy? The pages were still aromatic from the printers when the atrocities of September 11 answered the question. Suffice it to say the paperback contained an Afterword.

Kissinger has had to wait almost two decades for someone to publish a more ill-timed book. The awkwardness now attaches to poor Ben Wilson, whose Metropolis, a fine ode to cities, comes out in the bleakest year for them since the second world war razed Berlin and Rotterdam.

We urbanists have to gee each other up nowadays, against the end-of-the-office bores, against the work-life balance merchants. And Wilson touches on a cause for optimism that I hereby spin into a theory. As a clue, the index of his book lists 33 references to “sex”, including one that goes on for seven pages. “Capitalism”, that trifle, makes do with 18.

Wilson shows that sexual freedom, and sexual choice, have marked urban life since its flowering in 4000BC. But these features have tended to be marginal points in its favour. Until recently, most people got married young and rarely separated. Beyond a certain age, the romantic advantages of population density, which helps the “compatible to find each other”, and the incompatible too, were by the by. They mattered disproportionately to gay people (who elsewhere were hounded) and well-born sybarites of the Bloomsbury kind. As recently as 1980, Americans were getting married in their early twenties.

In a world where individuals pair off late, urban life is more precious for more people

That age is now 30-ish, and rising. Having lived through this elongation of single life, I wonder if we miss one of its profounder effects. It is the city’s indispensability to people who are far into adulthood and sometimes middle-age. In a world where individuals pair off late, if at all, and have a near-evens chance of divorce, urban life is more precious for more people. The denser it is, and the pacier its demographic churn, the richer the options for the unattached. The eros of the city is no stronger than it was in the past. What has changed is the share of people to which it is relevant, and the share of their lifespans too.

Urbanists have tried to explain the city boom of recent decades in Marx’s terms: a shift in output towards services, a new fluidity of capital. I wonder if it is better understood in Freud’s, with the personal, not the material, as the impetus behind the surge. Seen from this angle, the hinge event was not the rise of finance but the sexual revolution, with its deferral of marriage and destigmatisation of divorce. The mid-century pomp of the suburb was never going to withstand a proliferation of single people in search of others. Physical nearness is the thing, and so is the privacy that crowds paradoxically confer.

None of this is to deny the romance of the provinces. By describing it in near-photorealist detail, John Updike forever slew the myth of curtain-twitching rubes who say things like “bedroom department”. It is more a question of numbers than of spirit. Nowhere stacks the odds in favour of a single person quite like a city.

If this is right, then demand for urban living will be much stickier than some imagine in the coming years. Even if offices shrink (take the other side of that bet) there is no reason to believe that people will start coupling at 22 again. 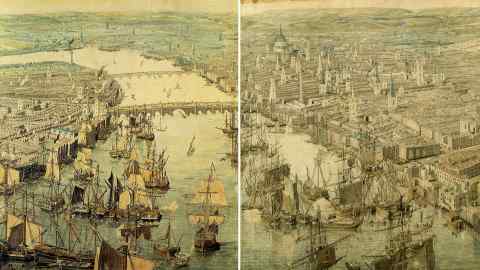 Long before the vaccine news, I believed that cities would be as they were before the pandemic by mid-decade at the latest. To think otherwise is to buck not just the precedents but the real-time case studies in East Asia. Seoul, Shenzhen, Taipei and Tokyo, some of Earth’s most crowded cities, seem to disprove an innate tension between density and public health.

Even I, though, who would have stayed in London during the Black Death, had not considered the romantic case for bullishness. If the metropolis is, as Wilson says, “humankind’s greatest invention”, it is because it enables the most human desires. And now we partake of them for much longer in life. Every city, or every city worth a damn, is Babylon.

Listen to our podcast, Culture Call, where FT editors and special guests discuss life and art in the time of coronavirus. Subscribe on Apple, Spotify, or wherever you listen