Loop Industries, a Canadian plastics recycler, has received a subpoena from the US Securities and Exchange Commission, after a report from short-seller Hindenburg Research alleged that the company’s technology is a “fiction”.

The US regulator is requesting information on Loop’s testing, technology and corporate partnerships, according to a filing on Friday.

Loop’s stock fell 33 per cent after the initial report was published earlier this week. Its shares fell 6 per cent in after-hours trading after the subpoena was disclosed.

Loop has said its “revolutionary” technology could extract usable recycled plastic from sources that are normally considered rubbish — including “plastic bottles and packaging, carpets and polyester textiles of any colour, transparency or condition and even ocean plastics that have been degraded by the sun and salt”.

But Hindenburg, which makes money by betting against companies, said Loop’s claims were “technically and industrially impossible”. Loop has denied the allegations.

Loop, which has never generated revenue, has announced partnerships with companies including Coca-Cola, Danone and L’Occitane. So far L’Occitane and Coca-Cola had not received any recycled plastic from Loop, the companies confirmed.

Danone, which agreed to purchase plastic from Loop in 2019, has “launched a small pilot production of recycled bottles with plastic supplied by Loop Industries . . . to explore the technical feasibility of using Loop plastic”, a spokesperson said.

In its report, Hindenburg said the company operated two separate research labs, which could not replicate each others’ results. One lab, which Hindenburg said delivered “incredible results”, was run by two brothers with “no apparent postgraduate studies in chemistry or polymers or any work experience other than Loop”.

Scientists in the other lab could not verify the brothers’ findings, and could not find a combination of technology that would be cost effective at a large scale, a former employee told the Financial Times. 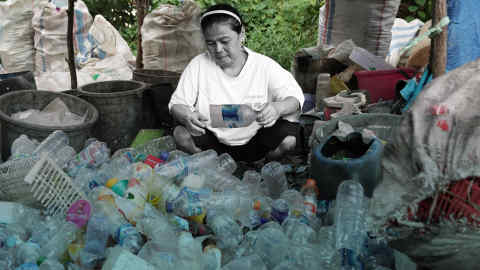 On Tuesday, the company said Hindenburg’s report was “unfounded, incorrect, or based on the first iteration of Loop’s technology”.

In its filing disclosing the SEC examination, Loop noted that the investigation “does not mean that the SEC has concluded that anyone has violated the law”.

Loop also disclosed that it was facing class action litigation in the US and Canada, alleging that the company and its officers made “false and/or misleading statements” and failed “to disclose material adverse facts”.

The report from Hindenburg came just weeks after the short-seller alleged that electric truck start-up Nikola was an “intricate fraud”, sparking a probe from the US Department of Justice.