Since the departure of Dominic Cummings, it is no longer advisers who decide and ministers who advise. I have been reading Barack Obama’s A Promised Land, which is instructive about the business and process of government. Despite its title, the book is written in prose rather than poetry, because Obama has moved from the idealistic politics he learnt in Chicago to the hard politics he learnt from the likes of Rahm Emanuel, his White House chief of staff.

President Obama is particularly proud of his ambush of the China and India delegations at the Copenhagen climate summit. Imprisoning people in a room is quite a good way of getting a decision. One of President Obama’s aides said admiringly: “I gotta say, boss, that was some real gangsta shit back there.”

Obama writes in longhand rather than on his computer because he says tidy print can give a false sense of polished thought and prose. He is an interesting mix of the meticulous and the relaxed. He manages to sift what matters to him and what does not.

Michelle Obama talks in the book of her husband’s graceful “Hawaiian” walk, although the care of office left him stooped. There is a subtlety and distance in his writing. As President, he was accused of being professorial. This is an advantage when writing in hindsight.

Over his time in office he came to share his mother’s distrust of platforms, doctrines and absolutes. He also rejects the narrative of personal destiny. Obama has been compared to Kennedy but a distinction in this book is Obama’s lack of youthful expectation. He simply seized opportunity and grew in confidence. For Michelle Obama, “the road to the good life was narrow and full of hazards.” Obama’s Hawaiian capacity to surf the wave was a different kind of ambition. 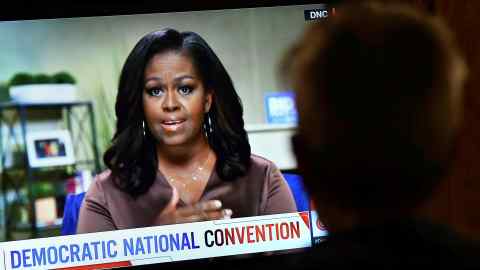 He was also quick to learn. He began by trying honestly to answer questions in public debates. But he learnt that politics was about conveying messages through emotion or rhetoric, rather than conducting public life as a seminar.

He describes leadership as a sailor in a storm. In useful advice to Boris Johnson, he says the public needs a reassuring figurehead as well as inventive policies. You cannot disappear from view.

This first part of his memoir covers family, the execution of power and responsibility, the financial crisis and geopolitics. He writes of Russia, China, India. In Europe, France and Germany are more vividly and thoughtfully described than is the UK. Obama says that he teases Michelle about not wearing a hat to Buckingham Palace and she threatens to banish him to the couch. In this volume at least, Britain is pretty much The Crown.

This season of the Netflix show has chosen its heroines and villains and is quite hard on the Prince of Wales and Camilla Parker Bowles. But for the settings and costumes of cultural history, it is terrific. And the recreation of Lady Di by Emma Corrin is uncanny.

Lady Diana Spencer was unlike the tragic heroine that she became. She also represented a geographical zone which became a social type but which is now unrecognisable.

I became familiar with the Sloane Ranger while working for a year on the toiletries counter (“the smellies”) at Harvey Nichols, or as it was known then, Harvey Nicks. Lady Diana would swoop in, tearing off pages from her cheque book. The cheques were examined with Debrett’s precision by my boss before being smoothed into the till. 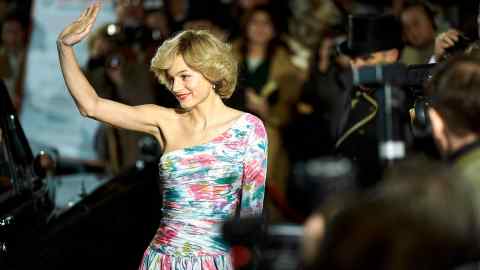 My best work friend was a woman called Harriet Lamb, who went on to be an environmental CEO. Back then it was considered boasty to discuss careers at our counter. I remember mentioning that a mutual friend had gone to work for the civil service, to which a popular member of our shop gang chuckled: “How frightfully funny.” Those jobs were a bit boring and a bit funny. There was no snobbery about domestic work, because housekeeping loomed on the horizon. So for Lady Di to clean her sister’s home was really only preparation for managing Highgrove.

The right question that Prince Charles asks of Diana’s sister in The Crown is: Is Diana fun? Of course she was. The Admiral Codrington pub in Chelsea rang with laughter from Sloane Rangers and their boyfriends from the nearby army barracks. Diana herself was practical, larky, unstuffy.

Later she lost her way, as did her home ground. Harvey Nicks found itself in what was becoming the Dubai quarter of London. Astonishing international penthouses were replacing mansion flats. Sloane Rangers packed up their dogs and Volvos and headed off to Battersea. Diana crossed the retail divide by taking up with the Al-Fayeds, owners of Harrods, the mortal enemies of Harvey Nicks. The Benetton sweaters were swapped for the international designer room. Diana entered a world of humanitarian celebrity.

The expectations of Sloane Rangers were linked to the hereditary principle. I have been thinking about this since I was contacted by Charlotte Carew Pole. Carew Pole’s husband will one day inherit the Pole baronetcy, but this will not in turn pass to their eldest child, because she is a girl. It is a blatant piece of discrimination, and Carew Pole has long been fighting to change the legislation that allows it, arguing that it is as one with the kind of biological preferences that lead to the abortion of female foetuses in parts of the world.

But the cause has not had traction in Parliament or in feminist circles, perhaps because of the rarefied nature of the grievance. Only in The Crown has Peter Morgan dwelled on the particular misery of being the spare to the heir. Carew Pole has something of Princess Anne about her. In an interview in The Atlantic she described herself as “Zoom-ready on the top and horse-ready on the bottom”.

Those of us planning on staging summer events are coalescing around cautious models. Mine is a hybrid of small live gathering and wider technological one. The Saïd Business School is providing technological advice for the science and tech summit I am working on, having had six months of refining lectures for their international students. While doing so, they have uncovered some unconscious bias. For instance, technology is designed for right-handed lecturers and the screen needs resetting if a left hander writes on the board. Lecterns are designed for tallish men. As a short leftie, I hope that our virtual redesign of teaching corrects other societal imbalances.

On my daily stomp round the woodland near my Norfolk home I am used to the glances of dog walkers, ranging from pitying to suspicious. Where, I can see them wondering, is my dog? I cannot explain that my husband is the son of a vet and unsentimental about pets, particularly when we shall soon be working in London again. Recently, I notice that the dog owners are breeding. They have two or three dogs on leads, and they are beauteous pedigrees. There may be a national shortage of puppies, but they are doing fine in West Norfolk.

Listen to our podcast, Culture Call, where FT editors and special guests discuss life and art in the time of coronavirus. Subscribe on Apple, Spotify, or wherever you listen