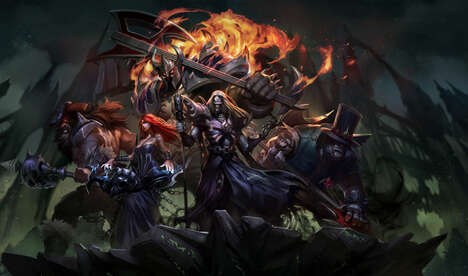 The iconic League of Legends‘ virtual metal band, Pentakill, recently announced a new album is on its way. The last album from the group was released back in 2017, so the new release will be welcomed by fans awaiting new music from the band, although an exact date of release has yet to be confirmed.

Christian “Praeco” Linke, the Creative Director for Riot Games, commented on the new Pentakill album, stating: “There will definitely be another Pentakill album that features original music. At least a handful, up to 10 or so. We’re definitely all eager to get back into it, but would think that it would take another few months to start at least.” d

Super-Strength Craft Beers – Strength in Numbers is the World's Strongest Beer with 57.8% ABV (TrendHunter.com)
2 hours ago