Before the pandemic, mall owners turned to movie theaters – among other businesses such as health clinics – to fill venues as the rise in online shopping prompted retailers to leave stores. More than a third of the country’s high-quality shopping centers have cinemas, usually as “flagship” tenants, which occupy particularly large spaces and are expected to attract customers.

But the coronavirus disruption has hit theaters even harder than the retail industry. Hollywood studios have postponed big releases such as No time to die, the latest James Bond film.

AMC, the world’s largest movie channel, warned this week that it could running out of cash by the end of the year, raising fears of further closures after rival Cineworld this month to close indefinitely its more than 530 Regal screens.

Commercial properties that are suffering from the fallout include Oviedo Mall in suburban Orlando, Florida, where Regal is a primary tenant. The cinema has drawn 600,000 customers to the site each year, said Kevin Hipes, consultant and commercial real estate broker who manages the mall.

“The food court is suffering because it was one of the main drivers of traffic,” he said. “Theaters and entertainment are essential to the recovery of old malls.”

Shopping centers are already under pressure from store closings and retailer bankruptcies, which during the pandemic lost more market share to e-commerce. Morgan Stanley predicted this week that between 30 and 35 percent of U.S. shopping centers would close within five years. 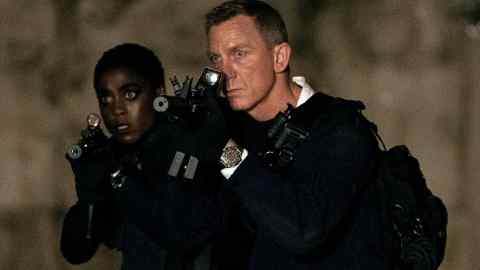 Theaters have faced severe restrictions across the United States since March and, as a result, have paid even less rent during the pandemic than hit retailers.

Cineworld, which had $ 4.2 billion in rental debt on its balance sheet as of June 30, said last month it renegotiated dozens of leases to defer or reduce its rent bill.

Theaters occupy large venues – typically between 45,000 and 65,000 square feet – and pay rent in the range of $ 20 to $ 30 per square foot. That’s a lot more than department stores, which pay very little rent because they made generous deals with developers when the malls were built decades ago.

They are not going to stray from this good place. They just have to wait for the movies to come out

“Movie theaters are now an important part of the shopping center ecosystem and have been a popular ‘backfill’ option for the past five years,” said Vince Tibone, retail business manager at Green Street. “There has been a huge shift from just selling goods. The hot word has been “experiential”. “

Regal called its closures “temporary”. Permanent closures would pose an even bigger headache for landlords, as exits from shopping center ‘anchor points’ can trigger clauses for other tenants that allow them to get lower rent or to opt out. completely of their leases.

Theaters that go out for good also require landlords to invest considerable money to convert the spaces for use by other tenants, Tibone added. “It’s quite expensive to turn an old movie theater into another tenant. No other use requires sloping floors. “

Mooky Greidinger, chief executive of Cineworld, said the company won’t reopen Regal until it has a “full list” of blockbusters for at least two months – which may not be the case for a good deal of time. next year.

Mr Hipes, who in addition to running the Oviedo shopping center also has a hamburger outlet on the property, said his own restaurant was functioning well despite the cinema’s closure. “If you are an entrepreneur, you understand that.”

He is convinced that the Regal Theater in the mall will eventually reopen. “They’re not going to stray from this good place. They just have to wait for the movies to come out. “