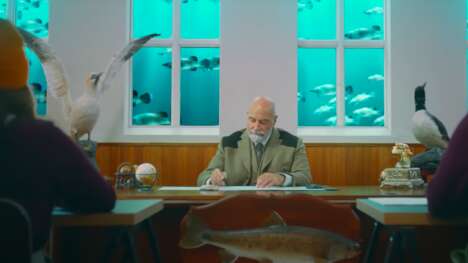 In an attempt to market Icelandic Fish as a premium product, Seafood from Iceland partnered with creative agency Brandenburg for a quirky and charming ad that wishes the viewer a Happy Fishmas.

Its no secret that the Icelandic people are proud of their fish, as it is one of the most important pieces of their economy. This ad captures that passion and craftsmanship using humor to draw the viewer in. In the charming ad, the people of Iceland are seen celebrating a fictional holiday dubbed, Fishmas. As the name might suggest, Fishmas is rather similar to Christmas celebrations.

The idea behind this ad was inspired by other country’s delicacy-based holidays, like Germany’s Oktoberfest and Spain’s La Tomatina.