The cost of protecting directors and senior corporate officials from lawsuits more than doubled in the second quarter of this year, as Covid-19 raised premiums already on the rise because of an increase in class actions.

The cost of D&O insurance was on the rise this year before coronavirus struck, said Priya Cherian Huskins, senior vice-president at insurance brokerage firm Woodruff Sawyer. Securities class action litigation has surged, as have settlement amounts. Boards have been targeted in litigation over issues such as cyber breaches or alleged failures in corporate culture, all of which drive up prices, she said.

Then the pandemic hit. Ms Huskins said Covid-19 has created not only another battlefield in court, but had also added significant economic uncertainty. “If you’re an insurance carrier right now, you are somewhat reluctant to take on risk knowing that the environment is uncertain.”

Variables such as company size and scope of coverage make it difficult to generalise about the costs to any individual company, but some have detailed premium hikes in regulatory filings. M&T Bank said the cost of insurance, including commissions, was $5.4m in the current year, up from $2.8m.

The rise in premiums has coincided with the wave of bankruptcy filings this year, Ms Huskins said. D&O policies are traditionally designed to apply if directors and officers are sued in bankruptcy.

Recently, however, insurance carriers have sought to impose bankruptcy exclusions when policies are renewed, she said, and companies in financial distress may not have options other than to accept the exceptions.

Companies are also adjusting coverage. Tesla revealed in April that because of “disproportionately high premiums,” chief executive Elon Musk would personally provide coverage similar to the company’s D&O insurance — a decision the company walked back with a 90-day interim arrangement after scrutiny from proxy advisory firms.

The board chair at Pulse Biosciences, a bioelectric medicine company, similarly agreed to provide the indemnity insurance after the company dropped coverage because of high premiums. And pharmaceutical company IntelGenx Technologies cut its insured liability amount by $5M this year, citing “unfavourable market conditions” for D&O insurance.

Sarah Downey, US D&O product leader at Marsh, said that while 12 per cent of public company clients had increased their D&O limits through the second quarter of this year, 15 per cent decreased the coverage. In four consecutive quarters, she said, the percentage of companies cutting coverage has increased.

“There are a ton of internal conversations going on at companies now that likely would not have happened, you know, two or three years ago, around what their priorities are when it comes to buying insurance coverage.” 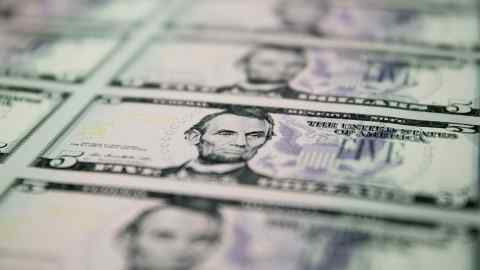 There is some indication that prices could moderate. A recent decision from a state court in California stands to limit the impact of a 2018 US Supreme Court ruling. The decision, which meant that securities class actions could be brought in shareholder friendly state court and resulted in a surge of class action filings, had a significant impact on D&O rates, according to Ms Huskins.

This month, however, a California judge found enforceable a corporate provision requiring that shareholder claims be tried in federal court, and though it involved an IPO company, Ms Huskins believes the decision has the potential to balance the entire market for D&O insurance, including for mature public companies.

For the time being, though, price tags remained high, said Ms Huskins, and that was expected to remain the case at least through this year. “It’s brutal,” she said.

What Germany teaches the world in a crisis