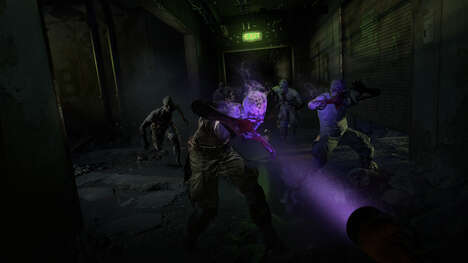 ‘Dying Light 2’ is an upcoming survival horror game from Techland, which transports players to a post-apocalyptic future, which is set 15 years after humanity has lost to a virus that’s turned many of its inhabitants into vicious zombies who are highly sensitive to light.

Players act as an infected survivor named Aiden Caldwell, who relies on his impressive combat skills to stay alive. Caldwell seeks to improve what’s left of the world by uncovering new land and scraping up the resources needed to sustain life. Players can play alone, or take advantage of the four-person co-op mode, bringing a collaborative experience to the game.