Newly formed Allica Bank has received a £26m investment and is in talks to raise a further £100m to boost its efforts to break into the UK business lending market.

Richard Davies, the former Revolut executive who took over as Allica chief executive last month, said the bank had sped up its fundraising plans following stronger than expected demand for its loans and potential opportunities to acquire struggling rivals.

“It is a great time for us to be expanding and hopefully we can play a significant role in supporting the [economic] recovery,” Mr Davies told the Financial Times.

Warwick Capital Partners, the UK investment group and Allica’s majority shareholder, provided £26m, and the bank expected to complete a larger fundraising around the end of this year or in early 2021.

Mr Davies said he saw a large gap in the market for banks willing to lend to companies that have not been badly hit by the coronavirus crisis, such as suburban retailers that have benefited as consumers spend more time close to home.

The focus is clearly on unit economics and profitability for banks and fintechs. Gone are the days of vanity metrics around customer numbers

“A lot of incumbent lenders have either withdrawn from the market because of their own issues or focused on government schemes [to help struggling businesses] — the irony is the third of the market that is not badly impacted is seeing the least supply of finance,” Mr Davies said.

Many non-bank lenders — a particularly important source of finance for midsized companies — have struggled in recent months as the crisis has made it more expensive to raise cash on wholesale markets and rising default levels put them at risk of breaking covenants on existing funding agreements.

Mr Davies said Allica had been approached by several other businesses interested in being acquired by a bank with access to more stable funding sources. He said it would consider opportunities when it had moved closer to completing its current fundraising.

Allica’s banking licence allows it to fund loans with customer deposits from savings accounts and gives it access to cheap Bank of England schemes that reward business lending. 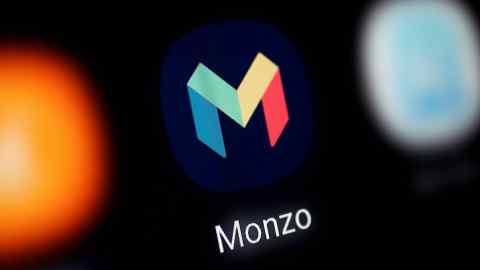 The bank, which secured its full licence 12 months ago, is pursuing a more traditional business model than many other recently formed banks, such as Monzo and N26, which have gained millions of current account customers but struggled to convert their popularity into profits.

Allica plans eventually to start offering business current accounts, but its early focus has been on commercial mortgages and simple savings accounts.

“In the current market the focus is clearly on unit economics and profitability for banks and fintechs,” Mr Davies added. “Gone are the days of vanity metrics around customer numbers.”

Multi-Use Filtration Face Masks – The Di Nano Mask Can be Reused Up to Five Times (TrendHunter.com)
40 mins ago