All over southern England, and as far north as Yorkshire, the 2020 grape harvest is under way, rather earlier than usual with notably small bunches of good-quality grapes being the most common report. The UK is a bona fide wine producer these days with sales of 5.5 million bottles last year, an extraordinary 70 per cent more than in 2018.

Every year, WineGB, the generic body representing producers, gives out awards for the best wines. This year’s were announced last month and the supreme champion was a 2014 sparkling wine from Hattingley Valley in Hampshire, which is run by 45-year-old Emma Rice.

It is based on a blend of the best of the three Champagne grapes — Pinot Noir, Chardonnay and Pinot Meunier — fermented and aged in oak barrels as a still wine before having yeast and sugar added to provoke a second fermentation in bottle. It was aged for 52 months on the lees of that second fermentation before being disgorged and given a dosage of 4g/l.

Rice has been in her position for 12 years. Nowadays she makes between 300,000 and 500,000 bottles of sparkling and still wine a year, depending on the UK’s exceedingly variable weather. She had little relevant experience when she was hired, however. To be fair, not many people had much experience of making fine English wine in 2008. The Canadian couple Cherie Spriggs and Brad Greatrix, subsequently responsible for Nyetimber’s excellent record, had only just arrived. Ian Kellett was still experimenting with Champagne grapes at Hambledon, south of Hattingley. The vines on Gusbourne Estate in Kent were only just beginning to bear fruit.

Meanwhile, Sussex neighbours Ridgeview and Bolney Estate counted as old-timers, yet even their quality aspirations stretched back only as far as 1995 — the year, incidentally, when Peter Hall made his first sparkling wine at Breaky Bottom just south of Glyndebourne. 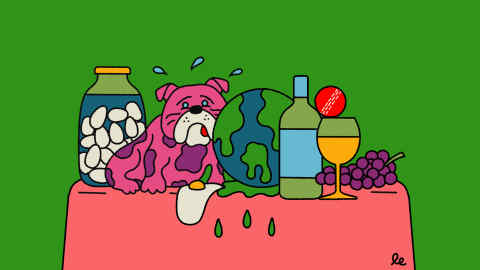 That year, Rice was working for family friend Barry Phillips at his particularly wine-focused White Horse Inn and restaurant in Sussex. It was a dinner to celebrate Phillips’s 25 years there — attended, as it happens by wine author Hugh Johnson, the late Michael Broadbent of Christie’s and me — that lit the wine flame for her.

She had graduated from serving sandwiches in the pub as a schoolgirl to the restaurant section and her job that night included pouring the aperitif, a double magnum of Krug 1979. Phillips told her that if any was left, she could sample it. Rice made very sure that it was she who emptied the bottle and was blown away by it.

The result was that she did not pursue her studies in catering management but went to work for the quirky wine retailer Oddbins, then in a vineyard in New Zealand and later as personal assistant to the late Hilary Gibbs of Domaine Direct, a specialist UK burgundy importer.

In 2000, she applied successfully to be managing editor of Hugh Johnson’s annual Pocket Wine Book for publishers Mitchell Beazley. Johnson remembers her “ever-smiling face” in the Canary Wharf offices and describes her today as “one of our first division winemakers and a great ambassador for the whole exciting business”.

While editing Johnson’s hugely popular book (12 million copies sold worldwide), she noticed that Plumpton College in Sussex was offering courses in winemaking and she set off there in 2003. Undaunted by the fact that she had failed science at school, she graduated in 2006 with a BSc in viticulture and oenology.

Armed with her degree, Rice got a job making wine at the respected Cuvaison winery in Napa Valley, which she loved. Really keen winemakers like to alternate hemispheres in order to cram two vintages into a year: in 2008, Rice went to work at Tamar Ridge in Tasmania. When she returned to England shortly afterwards, she met the City lawyer Simon Robinson, who had decided to plant vines near his home in Hampshire and to turn a nearby chicken farm into a winery.

Robinson asked the men who planted his vines if they knew anyone who might help design the winery and make the wine. They recommended Rice, having known her from Plumpton. Today, Rice acknowledges what a rare opportunity she was given. Very few winemakers get to design their own wineries from scratch. Even fewer are involved in designing the labels.

The Hattingley Valley winery is one of the neatest and most spacious I have seen. On the sunny September day that I went, even the wood for a bonfire had been arranged with painstaking care. Hattingley has so much winemaking capacity that it makes up to 30 labels of wine apart from its own; Rice was off the next day to inspect four vineyards in Essex and Kent, some of them new to her.

Only a tiny proportion of the many Brits who have decided recently to plant vines are prepared to invest in building their own winery as well. Presumably, such a busy contract-winemaking operation was not the original intention for Hattingley, so I asked Rice how it had become so important. “Because Simon can’t say no,” she said with a broad smile.

Contract winemaking swelled to about 40 per cent of her responsibilities until the giant harvest of 2018 came along and now the aim is to reduce it to 25 per cent. Rice seemed unfazed by a harvest workload that involves so many elements in a string of ridiculously long days. It being just before harvest, her happy, mostly male team were mainly tinkering with equipment — the grape presses, used for such a short time each year, need tender loving care in September.

As summers warm up, Rice, like so many English wine producers, is making more and more still wine. I’m a particular fan of Hattingley Valley Still Rosé — floral, delicate, persistent — based on the Pinot Noir that is so widely planted in the UK because it’s a champagne grape.

She is also in charge of the picking team. The most striking statistic I heard during my visit was that a typical Romanian worker will pick up to six times more in a day than a British one. At least some Brits now know what to do with them once picked.

Newcomer of the Year

Boutique Producer of the Year

Winery of the Year

The best place to buy English wine is usually direct from the producer but specialist retailers include greatbritishwine.com, theenglishwinecollection.co.uk, grapebritannia.co.uk and waitrosecellar.com

Follow @FTMag on Twitter to find out about our latest stories first. Listen to our podcast, Culture Call, where FT editors and special guests discuss life and art in the time of coronavirus. Subscribe on Apple, Spotify, or wherever you listen.